What is a SAN?

A storage area network (SAN) is a dedicated high performance network provides access block level to Data. The in modern day data is stored in an array of hard disk drives or solid-state drive or a combination of both.

This Storage area network is usually separated from the local area network for performance and security reasons.

Over a SAN there is no access to the file systems directly; rather they are access able in a block level. The operating system will think as if the disk is attached to it directly and the access is going to be block level. A SAN can be shared across many servers.

There are various SAN network type, however they are most commonly used in two types Fiber Channel Protocol and iSCSI over Ethernet.

FC: Fiber channel is a gigabit-speed network technology primarily used for storage network starting from 1gbps up to 20Gbps.

iSCSI: Internet Small Computer System Interface, an Internet Protocol (IP)-based storage networking standard for linking data storage facilities. By carrying SCSI commands over IP network. iSCSI is becoming more and more popular due to its slow cost and available hardware and network interface to support it. Presently there are many open source platform that support iSCSI as a SAN right out of the box.

Some of the leading SAN manufacturers are EMC, NetApp, IBM, Sun storage. While the big corporate are coming up with highly scalable reliable storage systems, open standard storage appliances are not far behind. They are catching up faster than ever and providing very good alternatives in a fraction of a price, like nexenta, FreeNAS.

SAN in a cloud: SAN is the ultimate storage for cloud. An added challenge to cloud storage is its economics. Open storage systems like Nexenta, FreeNAS redefines the economics of the SAN while maintaining all key advantages. They can be build on open hardware and network platform providing high performance and scalability in a nominal cost.

Network-attached storage (NAS), in contrast to SAN, uses file-based file level access to its clients using protocols such as NFS or CMB/CIFS where it is clear that the storage is remote, and computers request a portion of an abstract file rather than a disk block. In modern days many of entry and mid level SAN performance as both SAN and NAS 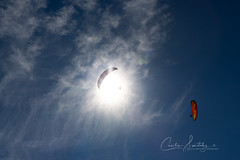 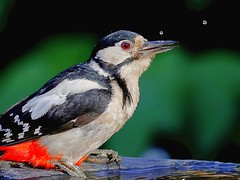